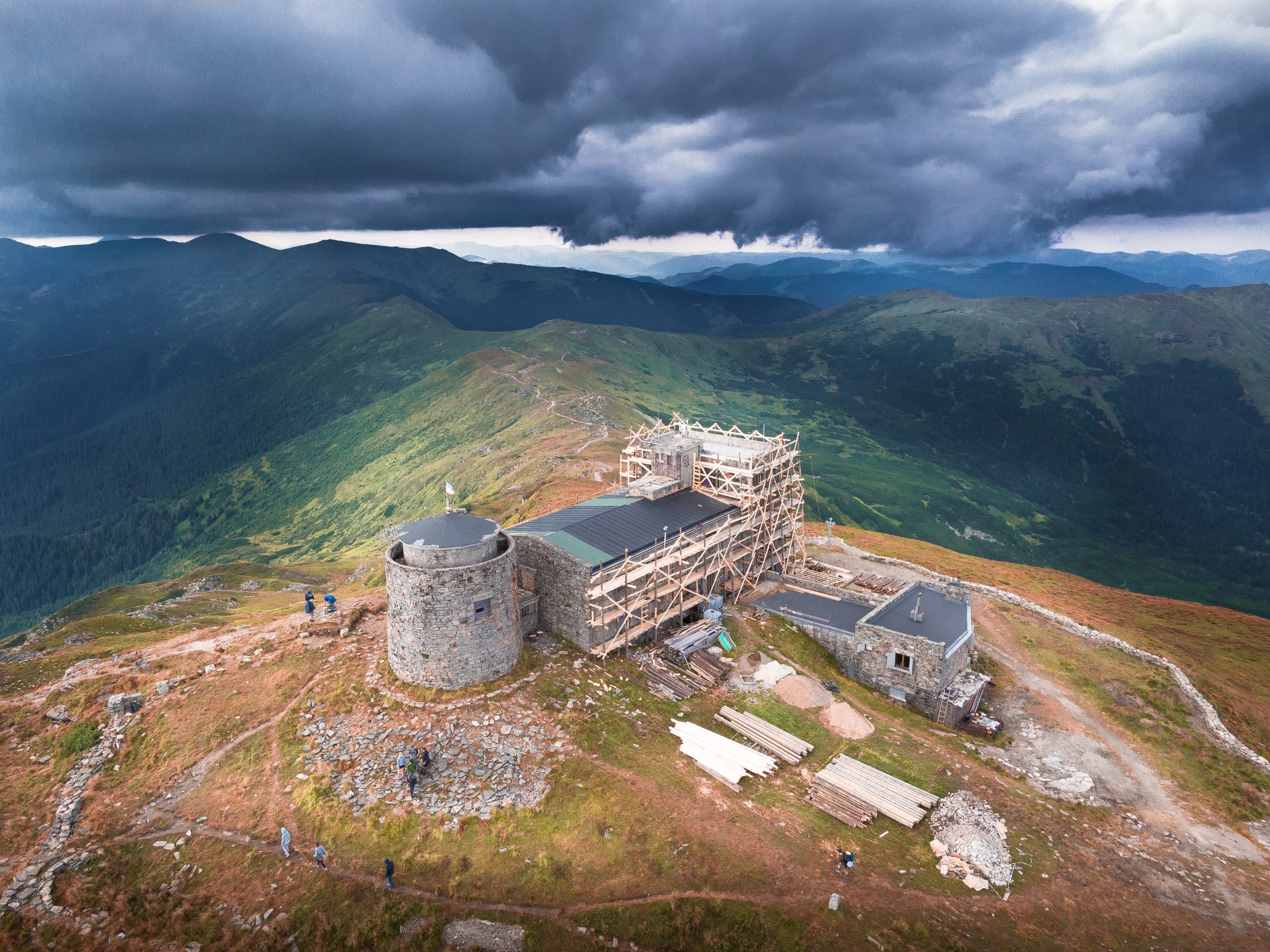 The Cabinet of Ministers of Ukraine determined 103 investment projects as priority ones till 2023. Wednesday, November 18, the government approved the corresponding order giving three days to finalize it. Among the investment projects to be carried out at the expense of the state budget and international technical support is the International Scientific Centre “Observatory” on Pip Ivan Mountain, which is the platform for the development of the Carpathian region. This project was developed by the experts of the Project and Educational Centre “Agents of Changes” of Vasyl Stefanyk Precarpathian National University, Svitlana Kropelnytska, Tetiana Myhovych, Ivan Fufalko, Roman Shchur, Yana Stadilna headed by the Rector of the University, Igor Tsependa.

The project was also developed by Mykhailo Bilyi, Olha Hryhoriv, Yuriy Lukashuk, Ivan Hasiuk, Myroslava Mylenka, Yaroslav Ersteniuk. They provided consultations on three vectors of the project: 1. Development of the functionality of the astronomical observatory, tracking the satellites of space agencies. 2. Meteorological observations, sale of meteorological information to airlines. 3. Eco-friendly tourism: ecology and safety in the development of tourism. The expert support of the project was also provided by the Vice-Rector, Professor of the Precarpathian University, Valentyna Yakubiv, and the Professor of KNEU, Tetiana Mayorova.

The partners of the University in this project are the Department of the State Emergency Service of Ukraine in Ivano-Frankivsk Oblast, the Carpathian National Nature Park; Podkarpackie Voivodeship (Poland); Mountain Volunteer Search and Rescue (GOPR) (Poland); the Center for Eastern European Studies of Warsaw University (Poland).

Let us remind that due to the cooperation agreements signed by the Precarpathian University and the DSES in Ivano-Frankvisk Oblast, part of the observatory buildings is to be used to locate the point of alpine rescue service and later on to replace it with the professional alpine rescue service (educational center and search and rescue station), which will operate all the year round. The cooperation agreement was extended July 28, 2020. This part of activities is realized under the project “Adaptation of former observatory on Pip Ivan Mountain to the needs of alpine rescue service training center” (PIMReC), which is carried out at the financial support of the European Union within the Program of cross-border cooperation Poland – Belarus – Ukraine 2014 – 2020.

During the PIMReC project lifetime, the design and estimate documents were developed; the observatory building has been restored; meteorological equipment is planned to be purchased to provide safe tourism through the platform of electronic services. It is also expected that weather forecasts will be used for the local airport and Ukrainian airlines to plan their flights.

The site “Observatory” is located in the Carpathian National Nature Park with which the University as well as the Ministry of Ecology and Natural Resources of Ukraine, Ministry of Education and Science of Ukraine signed the Memorandum on mutual understanding and cooperation on September 22, 2018. The aim of this document is to renovate the Observatory by establishing the Carpathian Ecological Center on its premises.

The Carpathian region is one of the most attractive geographical regions of Central and Eastern Europe which is of strategic importance in the development of the territories of different states. And the alpine location of the observatory makes it a unique scientific center in Europe. There are only about 400 observatories in the world, and 6 in Ukraine as it is stated in the project.

The project of the regional development is topical and multi-vector according to the directions of its realization and corresponds to three operating objectives of the Strategy of the development of Ivano-Frankivsk Oblast till 2027, namely: