Home REST FOR TRAVELERS, QUALIFIED PERSONNEL FOR THE COMMUNITY 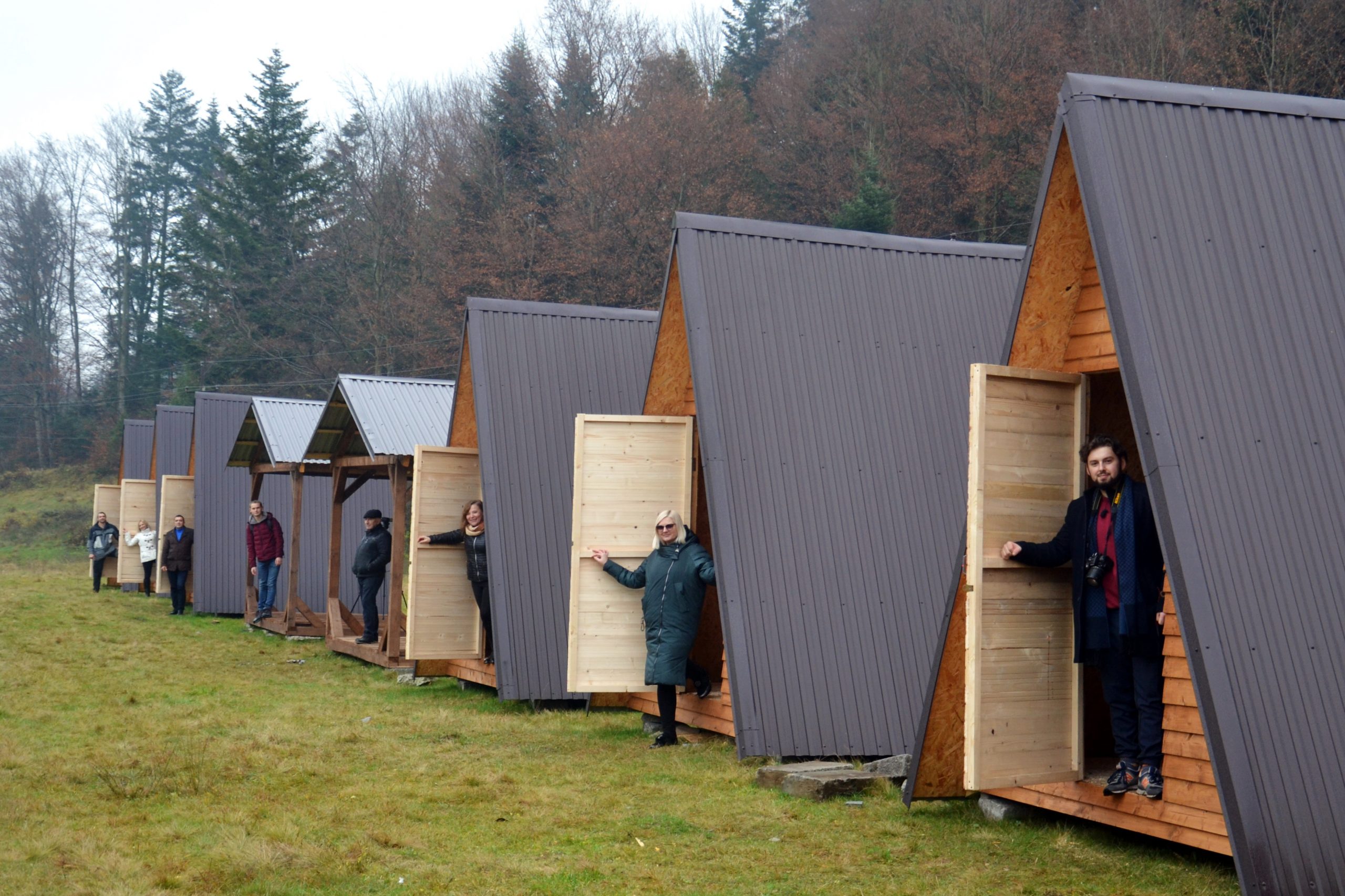 REST FOR TRAVELERS, QUALIFIED PERSONNEL FOR THE COMMUNITY

The students of Vasyl Stefanyk Precarpathian National University together with the community of Vytvytsia ATC of Dolyna Raion and the Project and Educational Centre of the University “Agents of Changes” carry out the tourist and recreational project “Creation of the Camping-tent city ‘BOIKO’S STORIES’ in Bovkoty tract of Vytvytsia ATC”.

Andriy Sikan and Yuriy Huley, students of the Faculty of Economics, Specialty “Finance, Banking and Insurance” came up with the idea to facilitate the tourism development of one of the corners of Ivano-Frankivsk by creating the camping-tent city in the mountains.

Submitted to the competition of students’ projects of development of local authorities “Today’s creative idea – tomorrow’s reality” organized by IF RB “Association of Cities of Ukraine” and the Agents of Changes, the project “Camping-tent city ‘Boiko’s Stories” became one of the winners.

“We need to do something to benefit people, to give them pleasure, to make them come and admire the beauty of Ukraine”, said one of the project authors Yuriy Huley.

As the AGENTS OF CHANGES explained, the place in the Boikos’ Carpathians was not chosen by accident. The mountain tourism in Ivano-Frankivsk region is mainly developed in Hutsulshchyna (Yaremche, Mykulychyn, Polianytsia). But other picturesque places stay at the margins.

The program of the tourism development in Bovkota Tract was developed at the same time in Vytvytsia ATC of Ivano-Frankivsk Oblast with whom the University signed a cooperation agreement in 2018. That’s why, the students of the PNU together with the experts of the AGENTS OF CHANGES began the joint development of the program with Vytvytsia’s community.

Today 6 wooden cabins and two open terraces have been built in Bovkoty Tract of Vytvytsia ATC. The city is located on the bank of the Luzhanka mountain river. There is a lot of work to do. There are plans to expand the city. The representatives of the local community say that not only tourists will be able to state here. The locality and complex will encourage holding different off-premise trainings, campings, sports competitions.

“Not far from here, there is a cycling stope at the crossroads of two cycling tourist routs. Together with NGO “Sunny Sich”, the information stands were installed under the project “Living History of the Unbeatable”. From them you can learng about the history of this region as not far from the camping-tent city, there is the grave of Vasyl Hoshovsky “Doroshenko”, the oblast leader of the OUN-UPA, and a bit further, in the village of Lypa, there is an ancient church of the Lord’s Ascension  not far from which is the tourist shelter “Yavorynka” for 15 people” – say the employees of Vytvytsia ATC, Vitaliy Kulpa and Maria Palamar.

As the head of the community in 2015-2020, Mykola Shykor says it became possible die to the cooperation of Vasyl Stefanyk Precarpathian National Univerisy and the AGENTS OF CHANGES, in particular. This project was launched during his cadence. But as Mykola Shykor says, any tourist place requires good infrastructure and connection. Unfortunately, because of bad roads, it is very difficult to get to these picturesque places which are 12 kilometers away from the H10 highway.

“Since 2017, I’ve been sending letters to the Cabinet of Ministers of Ukraine, different institutions. When the Head of the OSA was Denys Shmyhal, 4 million Hryvnias were assigned to fix the road Hoshiv-Luzhky. This amount is not enough as only the design and estimate documents cost 400 thousand Hryvnias. And for 12 kilometers, we need 116 million Hryvnias. According to the tendering procedures, these repairs must be completed before December 2021, the financing provided”, says Mykola Shykor.

The project “The camping-tent city ‘Boiko’s Stories’” helps develop and introduce the elements of dual education as well as allows young people to get involved in the development of territories they come from. According to Svitlana Kropelnytska, this approach helps to tran a qualified expert who will be able to find a job in his community. In such a way, the community receives top employees and the state do not lose its citizens who would immigrate abroad as illegal workers.