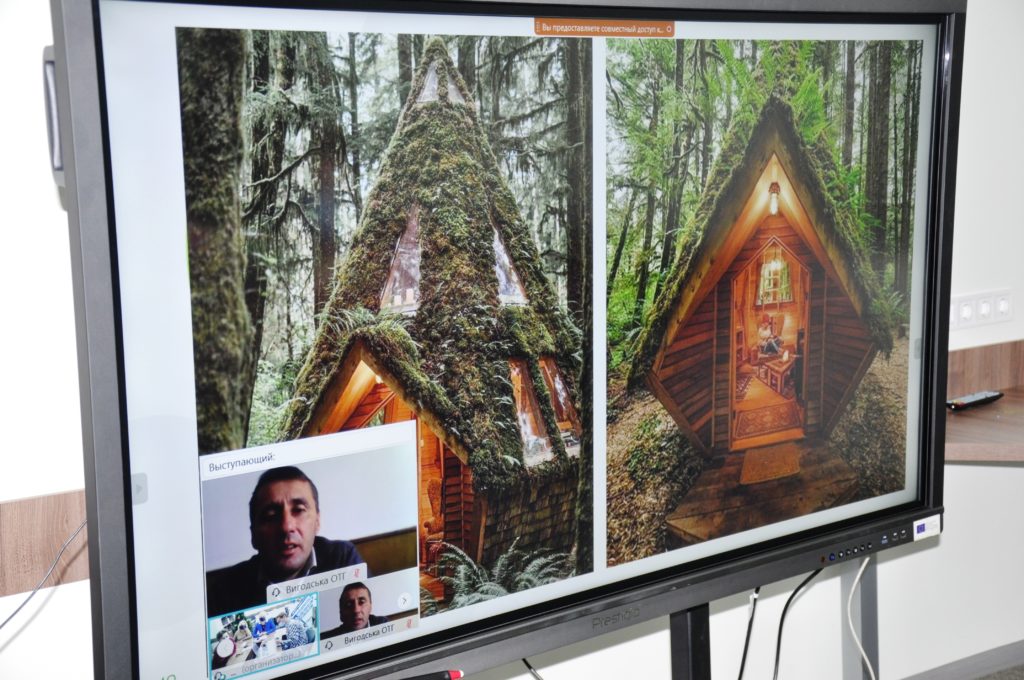 AGENTS OF CHANGES presented a new project for the community development

At the beginning of the working meeting, Svitlana Kropelnytska, first of all, pointed out that tourism is a priority sphere of the social and economic development of our region.

“In recent years, people have been interested in having a rest in the countryside, travelling around interesting cultural, historical and memorable places. Especially, it concerns citizens of big cities who wish to spend their weekends far from their metropolis. That’s why, the Project and Educational Centre “AGENTS OF CHANGES” is actively working on the development of projects which will satisfy these needs and promote the development of tourism in our region. To do this, we continue cooperating with the communities of the Precarpathian region”, – said Svitlana Kropelnytska.

The Director of the AGENTS OF CHANGES also talked about a number of successful projects which were already initiated. In particular, she draw attention to the Camping-tent city “BOIKO’S STORIES” in Bovkota tract on the territory of Vytvytsia ATC. It should be mentioned that its co-authors are the students of the Faculty of Economics of the Precarpathian University, Andriy Sikan, Yuriy Huley, and the expert of the AGENTS OF CHANGES, Tetiana Myhovych, is their supervisor. This project is one of the winners of the competition of students’ projects of development of local authorities “Today’s creative idea – tomorrow’s reality” which was jointly organized by IF RB “Association of Cities of Ukraine” and the AGENTS OF CHANGES of the Precarpathian University.

Today, during the online meeting with the representatives of Vyhaoda TC, the same students proposed a new, no less interesting project which envisages creation of the cultural and tourist route through little-known places of Dolyna region.

“The project includes a big branch of infrastructure, i.e. marking of cycle routes, studying of the region’s history, establishment of a school of guides, creation of new tourist locations as well as camping”, stated Yuriy Huley.

Andriy Sikan gave the representatives of Vyhoda TC the presentation of the project proposal prepared together with Yuriy.

“The main aim of our project is to attract tourists. For example, we suggest creating different locations of the cultural and tourist route. In particular, they can be interesting historical places. On our own, we collected detailed information about them from the archives to make it possible to tell tourists about historical events which took place in some particular place”, said Andriy Sikan. The student also described many different things which the authors suggest creating under the project.

In the process of the online meeting, the deputy village head of Vyhoda TC, Vasyl Fedirkiv mentioned that the community has a lot of traditions on different holidays and they could be reflected in the students’ ideas. He also expressed his interest in cooperation with the AGENTS OF CHANGES as the community is planning to establish an investment department in the new year.

At the end of the project presentation, the Centre’s expert, Associate Professor of the Finance Department of the Faculty of Economics, Tetіana Myhovych pointed out that one of the project authors, Andriy Sikan, is a citizen of Vyhoda TC and knows the territory well, which in its turn is one of the important moments in the process of the idea realization. She also mentioned that the students’ project can be submitted to the current grant competitions, namely, the one held by the Ukrainian Cultural Fund. So, let’s wish success to our active students, developers of project proposals, Andriy Sikan and Yuriy Huley, so that they could implement their ideas! 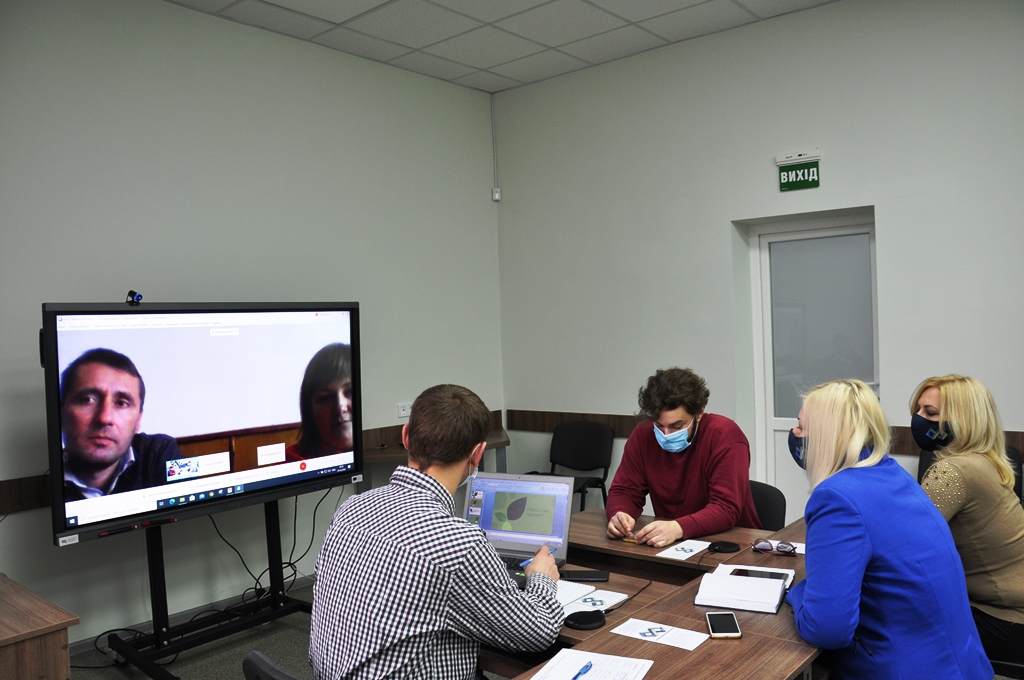 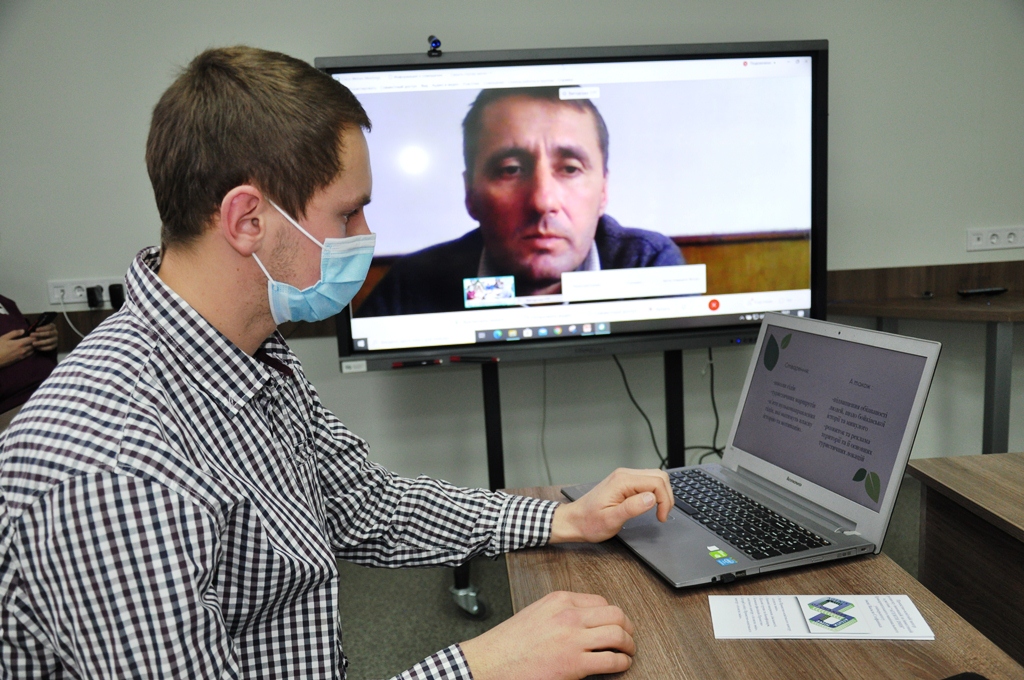 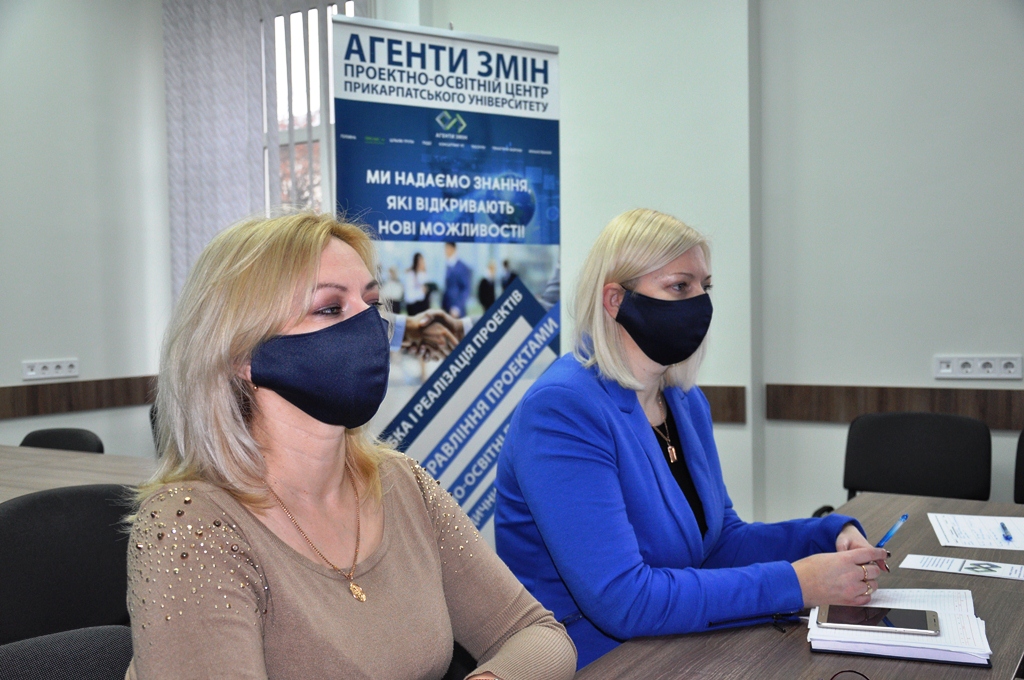 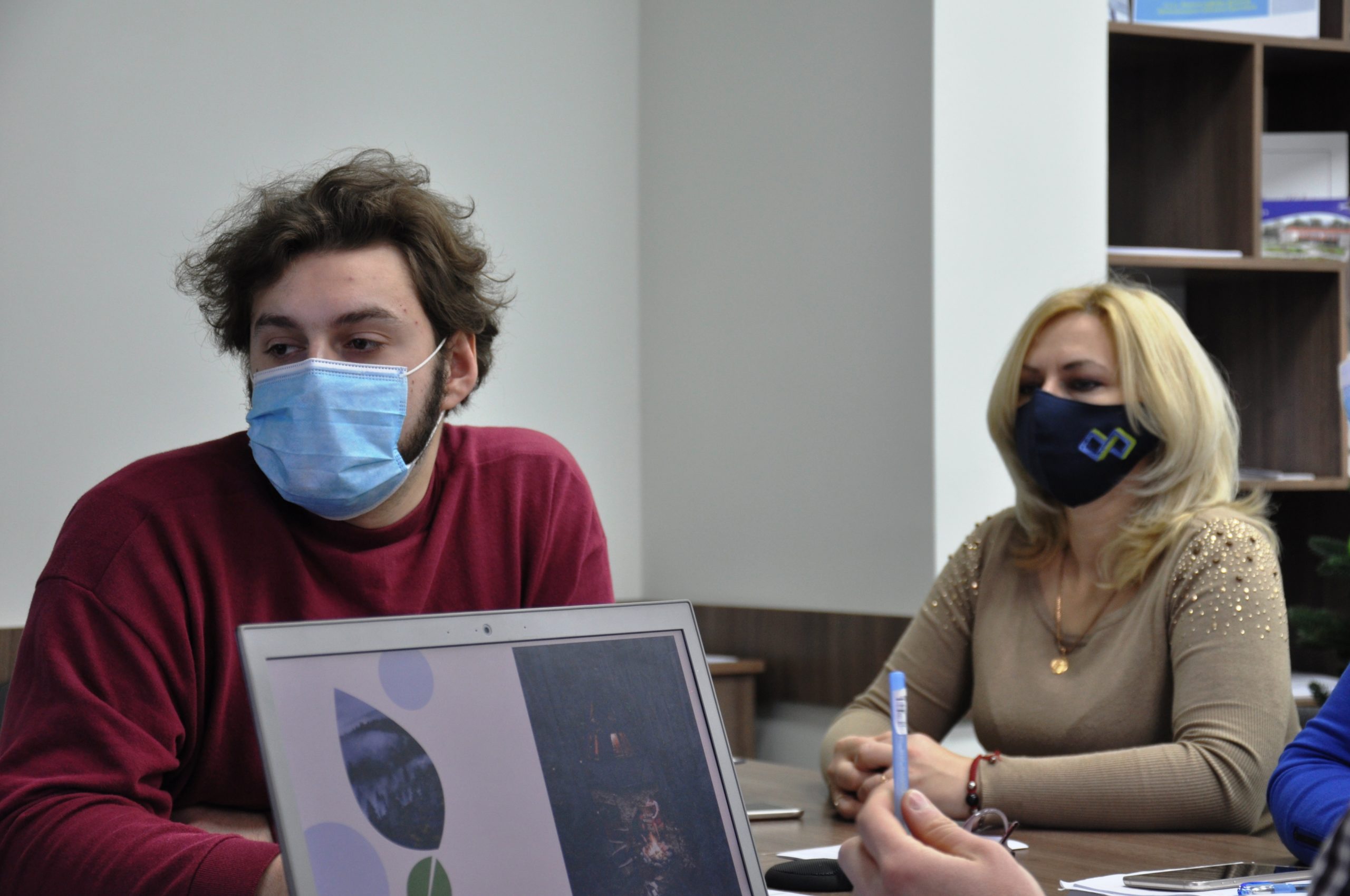 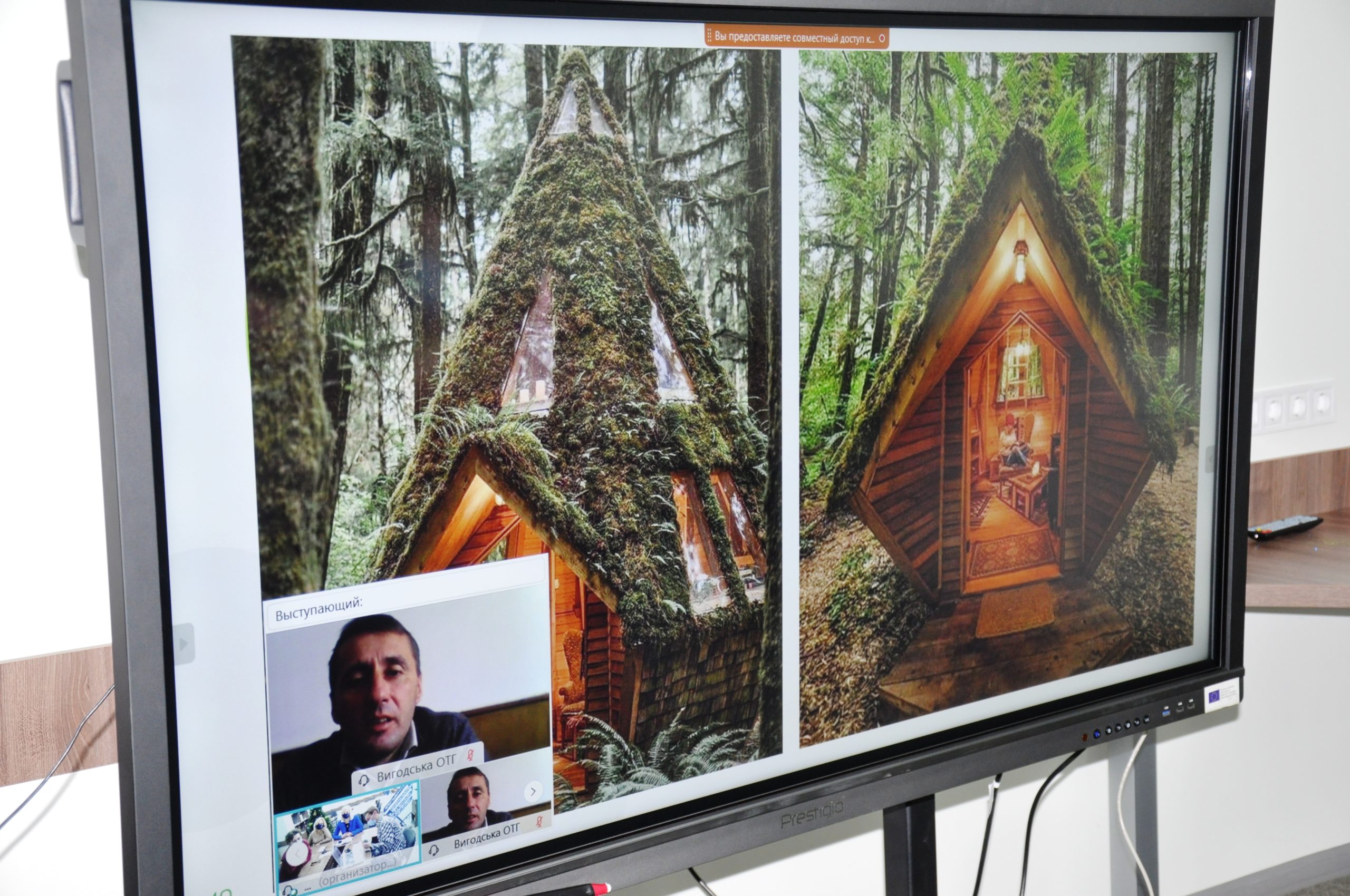 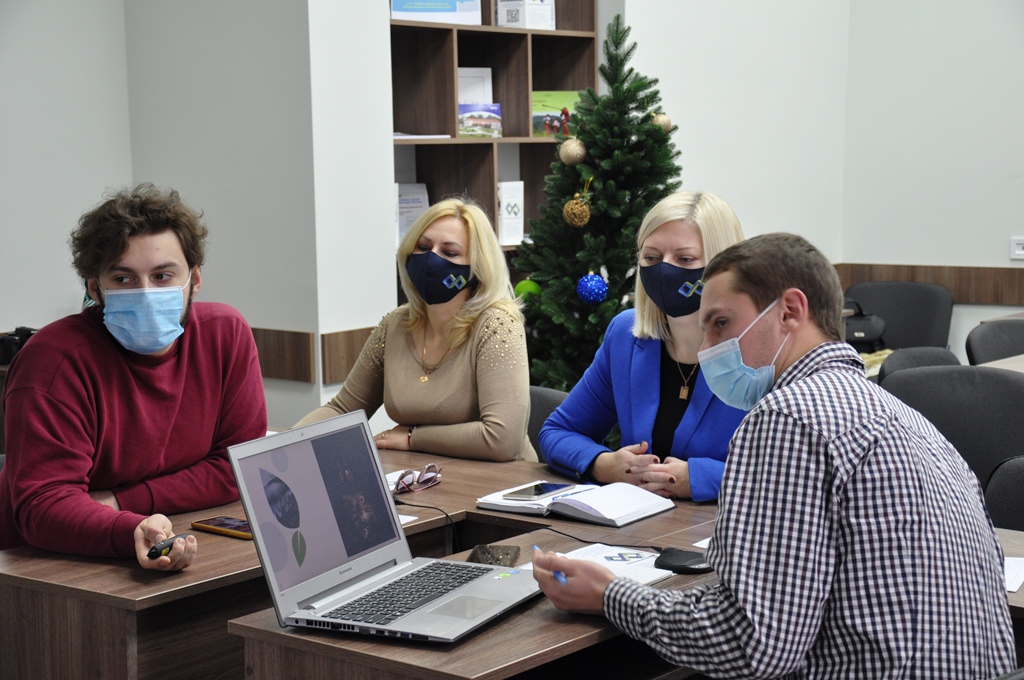